My eight-year old twin sons are masters at pushing each other’s buttons. In a matter of seconds, one small provocation can transform peaceful playtime into Armageddon.  Usually the dispute is over something unbelievably stupid, like who has the right to a specific Lego piece (out of the thousands of pieces that litter their room). However, the boys have a history – and if the provoked twin gets angry enough, he will haul off and smack his sibling provocateur. 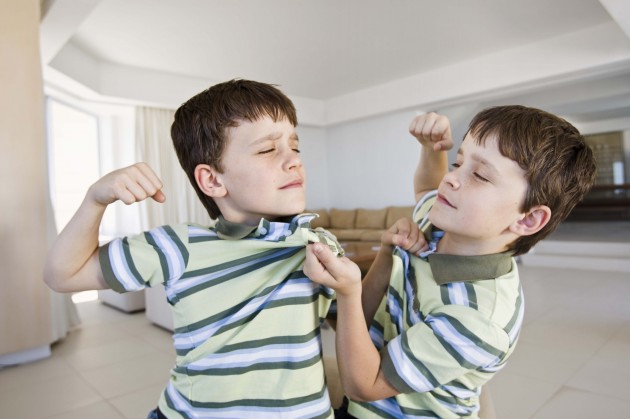 Like many Americans over the past week, I have been somewhat bewildered by the tragic violence provoked by “The Innocence of Muslims” video. How could a cheesy movie trailer provoke such a dramatic response? Well, today I took the time to actually watch the 14 minute trailer. As I suffered through this piece of shlock (a bizarre mash-up of amateur porn and the worst Saturday Night Live video you’ve ever seen), a light-bulb suddenly went off. This video pushes all the Muslim buttons. While I didn’t pick up on all of the slights, I’ve heard enough anti-Islamic rhetoric on topics such as the age of Mohammed’s wife Ayesha to understand why this video would be so offensive to Muslims. Then I thought about how after eight years of history, my sons can be moved to violence by a seemingly small provocation. So how surprising is it that people who have decades of troubled relations with the US would be likely to respond in a similarly disproportionate manner?

David Kirkpatrick’s recent article in the NY Times sums it up well:

Others said that the outpouring of outrage against the video had built up over a long period of perceived denigrations of Muslims and their faith by the United States or its military, which are detailed extensively in the Arab news media: the invasion of Iraq on a discredited pretext; the images of abuse from the Abu Ghraib prison; the burning or desecrations of the Koran by troops in Afghanistan and a pastor in Florida; detentions without trial at Guantánamo Bay; the denials of visas to prominent Muslim intellectuals; the deaths of Muslim civilians as collateral damage in drone strikes; even political campaigns against the specter of Islamic law inside the United States.

Kirkpatrick goes on to quote an Egyptian political scientist, Emad Shahin, who says that the video was the “straw that broke the camel’s back”.

I am not in any way condoning the violent responses to the video. The death of diplomat Christopher Stevens and destruction of property has been terrible, tragic, and self-defeating. As Muslim Syed Mahmood notes in his response to the video on YouTube, these responses are exactly what the creators of the video wanted.

However, I am also saddened by much of the response I have seen from Americans to this whole mess. Many of the comments I’ve seen online are as sensitive as these:

These kinds of attitudes just contribute to the perception that Americans don’t respect or understand Muslims. It seems we are in a vicious cycle of disrespect and overreaction.

There are certainly other aspects to this story, such as the fact that much of the violence has been the work of a small group of radicals (just as the video itself was produced and promoted by a small group of nut jobs), and that many Islamic countries do have different cultural attitudes towards religion and free speech.

So just as I keep teaching my boys to learn to control their tempers when they are provoked, I am praying that the voices of reason in the Muslim world will help bring peace and calm back to their countries.  But I also teach my boys to avoid pushing each other’s buttons – to avoid provoking each other in the first place. I hope that more of us in the West will learn that lesson as well.

This entry was posted in Islam, Religion and Morality and tagged Benghazi, Christopher Stevens, Innocence of Muslims, Islam, Muslim, Violence. Bookmark the permalink.