What should I teach my kids about the election?

Posted on October 5, 2012 by seeingfaith 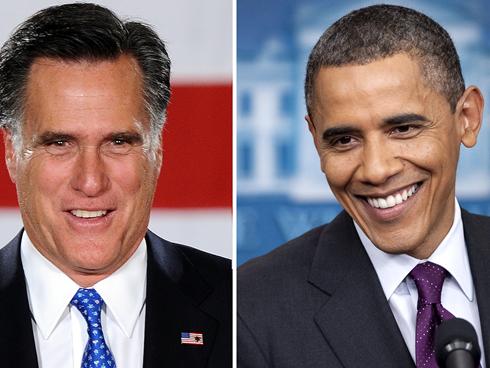 As election day approaches, politics has become a common topic of conversation at my kids’ elementary school. Last week my 5th grade daughter had to watch the first presidential debate and then discuss it in class. When I asked Emmy what they’d discussed, she said that her teacher had asked the kids what they thought was the most crucial challenge facing the country right now.

“Oh,” I replied “Great question. What was your answer?”

“Taxes.” Emmy replied (an appropriate answer given that I’d only let her stay up till 9:30 because it was a school night and taxes had been the main topic at the start of the debate).

“And what do you think the problem is with taxes?” I asked, curious how much she’d been able to follow the fairly technical discussion by the two candidates.

“The problem with taxes” my daughter wisely replied “is that they’ve gone over their 15 minute time limit.”

Political discussion has even seeped into the playground. My third-grade twin boys reported to me that two of their friends got into a heated political argument at recess last week in which one boy (whose parents are clearly Republican) told another boy (whose parents are clearly Democrat) that the Republican boy’s dad clearly knew much more about politics than the Democrat boy’s dad. Ouch.

All of this has gotten me thinking about what I should be teaching my children about politics. I distinctly remember my own childhood political education. I grew up in a liberal bubble – attending a Quaker school where one of my teachers was actually a Marxist and everybody I knew was a far-left Democrat. I remember being completely confused about how Ronald Reagan could have been reelected since everyone I knew hated him. I also remember my well-meaning cousin explaining the difference between Democrats and Republicans in this way:

Democrats care about poor people. Republicans are rich and greedy and want to keep all the money for themselves.

Right. Since then I’ve spent significant time in post-Communist countries, which has made me appreciate Capitalism like nothing else could have; I’ve worked in small businesses where I’ve seen how they’ve provided jobs and opportunities for people who otherwise would have been on welfare; and I’ve gone to business school where I’ve learned what exactly Wall Street does and why it’s important. At the same time I’ve remained a staunch liberal on a range of social, foreign policy and economic justice issues.

In other words, I am stuck somewhere between both parties – much as I often find myself stuck between religious identities.  I know that what my husband and I teach our children about political affiliation may strongly influence them for the long-term . So what should I be teaching my kids about this election?

After some thought, I realized that the key lesson I wanted to teach my kids had nothing to do with party affiliation. It had to do with my belief that we are all children of God, worthy of being granted the benefit of the doubt. It had to do with my experience of finding that frequently both sides of an argument have a valid point to make, and the truth is usually somewhere between the two poles. It had to do with my secret desire to see Jon Stewart run for president (because the Million Moderate March was pure genius and his State of the Union addresses would be so entertaining).

So after hearing about my sons’ friends’ political fight on the playground, I told my children that both political parties have good intentions, good ideas and a sincere desire to make our country a better place. They just have different philosophies on how to accomplish those goals. And frequently the best path for our country involves combining approaches from both philosophies. I encouraged them not to blindly embrace one party’s political platform – just as I encourage them not to blindly embrace a given religious doctrine. Treat everyone with respect, even those with whom you don’t agree, and look for the truth somewhere between the extremes.

I feel pretty good that my message got through. Later that day, as we were eating lunch at Five Guys Burger and Fries, we got into a discussion about whether Five Guys or McDonalds was better. A vigorous debate ensued.

“But Emmy – you can get hot dogs at Five Guys” Andrew noted.

With a sigh, Emmy turned to me and said,

“You know mom, I think the ideal lunch destination is somewhere in between.”

1 Response to What should I teach my kids about the election?